­­­­­­­If you had ever worked with wood, chances are there were times when you had to hammer several nails into a piece of wood. Tedious, isn’t it? An easier alternative is to use a framing nailer or a nail gun.

A framing nailer will allow you to shoot several nails into a piece of wood much faster than you could have possibly done with a hammer and your hands.

However, a lack of caution and the idea of its mechanism can cause serious injury and make it a major hazard.

This article will give you an idea of how a framing nailer actually works and how you might use one.

Here are two types of framing nailers and the functions they perform.

A pneumatic framing nailer is an air-powered tool that can be used to drive nails into wood or masonry. The compressor provides pressure for the pneumatic nailer which makes it possible to fire multiple nails at once.

The user only needs to charge the battery before using it which allows him or her to work without limitations. Cordless framing nailers are also known as electric air-powered tools that allow you to drive nails easily.

How Does It Work? 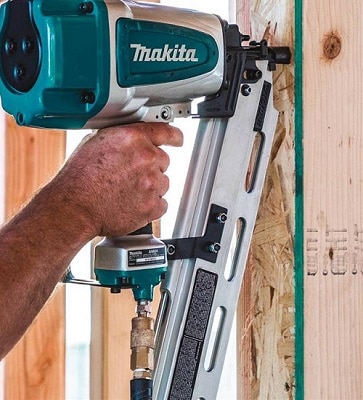 Having heard of the alternate name of the framing nailer, one can get to know both its appearance and general mechanism. Framing nailers look like a gun and similarly have a handle for ease of use.

They have a canister where the nails are loaded, and the nail gun fires them into the plank of wood for framing. All nail guns have a piston, which drives the nails into the target.

The most used type of nail gun is a pneumatic power. A force is needed to hammer the nail into the wood. And a pneumatic nail gun needs an air compressor that uses compressed air to supply this force.

This type of nail gun requires an external supply of compressed air which is supplied using a hose. The compressed air drives the piston, which in turn applies the high force needed to push the piston into the wood.

These nail guns usually have one or more piston cylinders that take in the air on the upstroke and push it out in the downstroke. The piston used is often a sliding piston.

And the trigger of the nail gun controls the flow of compressed air into the machine, thus causing the piston to work. A plunger valve exists to make the airflow smoother.

So to summarize the process, when the trigger is pressed, the following steps take place:

There exists another type of nail gun known as cordless framing nailer but works on a similar principle. The only difference it has is that it uses a canister which supplies the air so that it can work without an external compressed air pump.

How Do You Use It?

Before you go on to use a framing nailer, it should be reiterated that safety is of the utmost importance and absolutely essential.

When not in use, make sure the power supply is disconnected from the machine in case anything sets it off.

Always wear eye protection to protect your eyes from splinters and wood shavings. Make sure you also have a hard hat and protective gloves. You should also read the instruction manual that comes with your tool for any special precautions or instructions.

The steps you should follow when using this machine are as follows:

Step 1:Properly secure a working area and place the wood to be nailed. Make sure it is set firmly and steady.

Step 2:Mark the places to be nailed and adjust accordingly.

Step 3:There are several different ways one can use a framing nailer, i.e., different firing methods. They are:

This is done by holding the nail gun at a distance and then pulling the trigger once to fire a nail into the wood. It’s a very beginner-friendly way to nail wood and is recommended initially to get a feel for your tool.

Although it is recommended for beginners, trigger firing allows greater accuracy and control over the nail as there is less recoil.

This is done by holding the nozzle to the wooden surface being nailed. The nail is fired each time the nozzle is compressed to a surface.

This way of firing is a bit dangerous, especially for beginners, and offers less control than trigger firing. In turn, this allows more force and reduces the time taken to complete a task.

If the nail gun gets jammed and doesn’t work, disconnect the power and connect it again to restart it. When using the nail gun, always keep a firm grip and brace for recoil.

After nailing the surface, disconnect the power supply, and keep your hands away from the trigger. Remember to engage the safety lock when you aren’t using it.

Hopefully, this will give you an idea about a framing nailer and how to use this essential tool to make your tasks much less tedious.

Now keep in mind that, while using this power tool, don’t forget to ensure your safety. So wear goggles and hearing protection before you get started.

And if you have any further queries, let us know in the comments section. 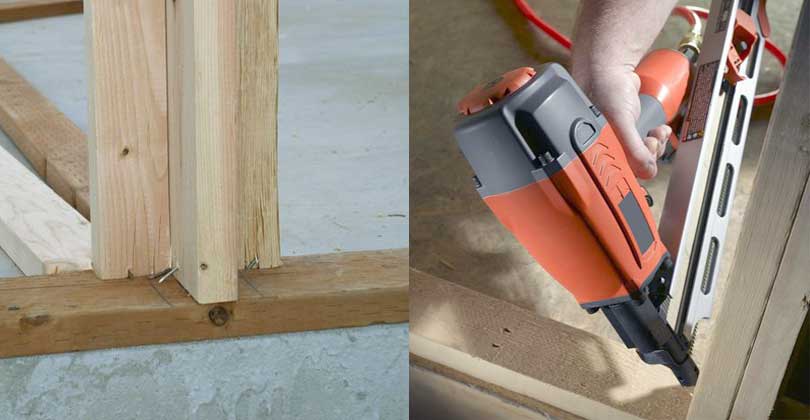 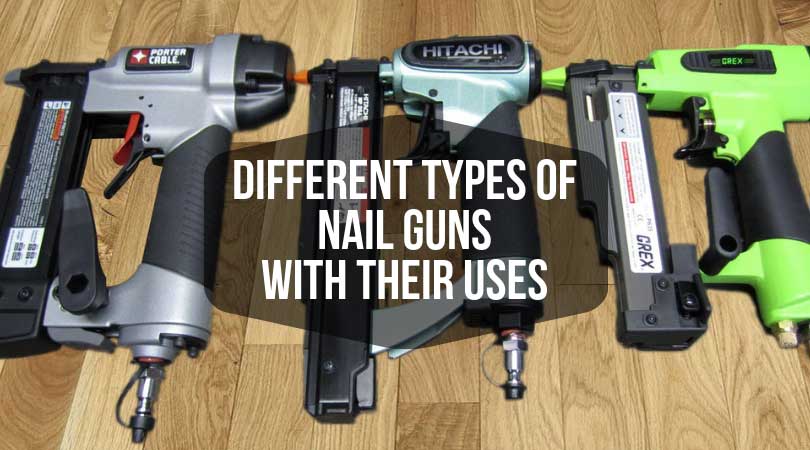 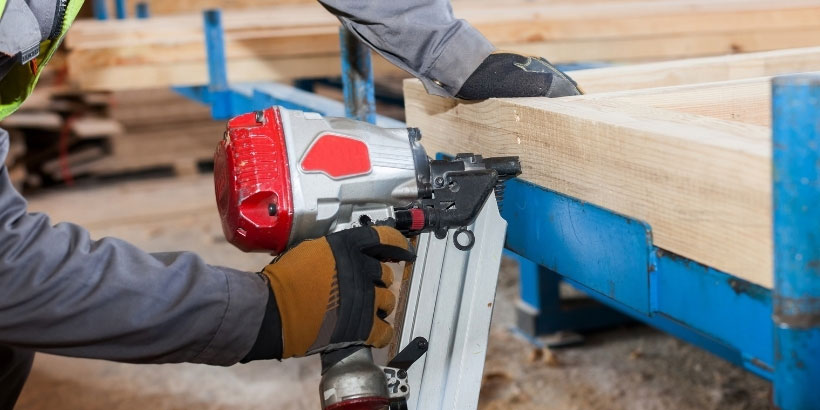 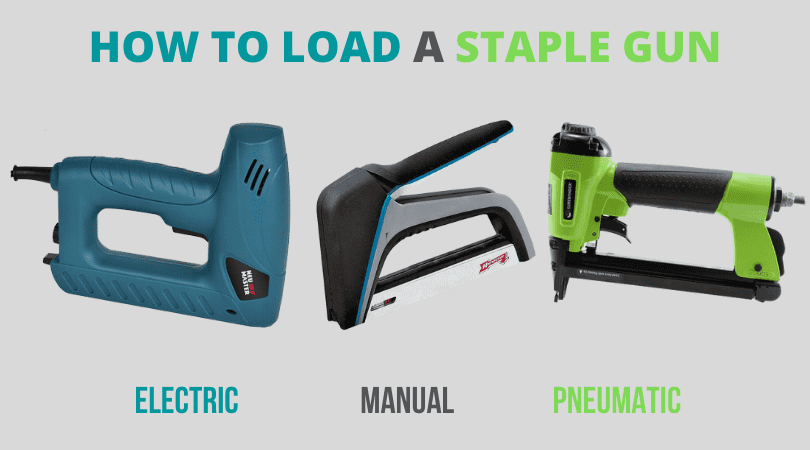 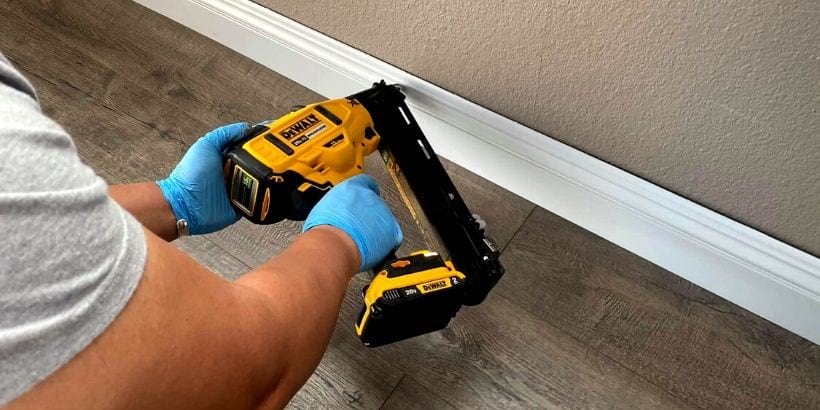 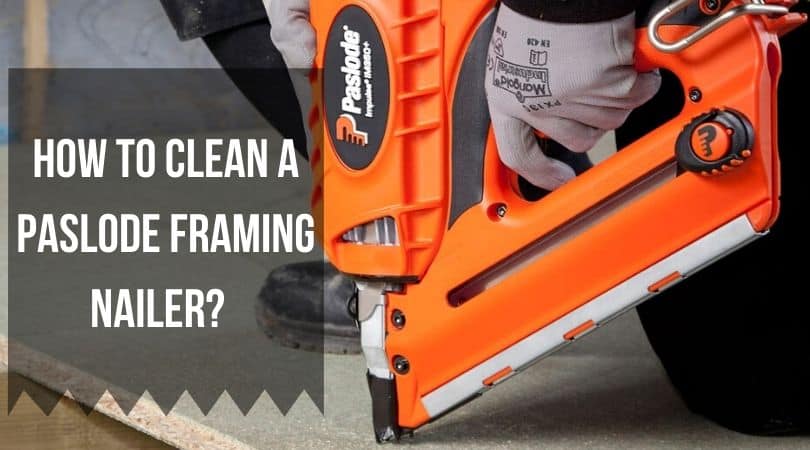