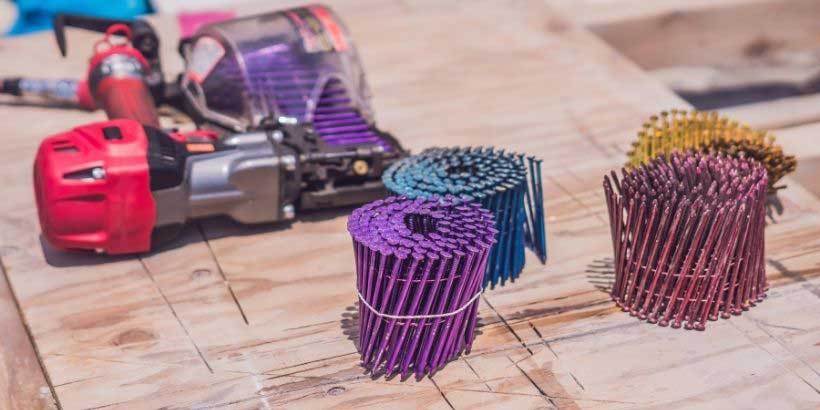 A framing nail gun is one of the most versatile tools used in deck building, sub-flooring fencing, and above all, framing. While you need the right framing nailer for all these jobs, many forget about the importance of choosing the right nails to be used with the nail gun.

But when you know what size nails for framing nail gun is essential for what jobs, you eliminate the risk of damaging the surface.

Nonetheless, with unique measurement systems used for nail size, you may find it difficult to pick the right nail sizes for various framing nail gun jobs.  So, to help you out, we have prepared this guideline on framing nail gun’s nail size.

The size chart used to denote nails for framing nail guns is confusing. So, many people find it incredibly difficult to differentiate between the various nail sizes. The problem arises with the letter ‘d’ attached right behind the absolute number for the nails.

For instance, when you go to the hardware shop and look at the nail size closely, you will find something like these-

So, what is the letter d denotes here? It stands for the old-school measurement method gauge. But the confusion doesn’t end here.

Next, you also have to look for three more words linked with nail size. These are-

While the common stands for the true nail size, short and sinker refer to broader and narrower nail diameter. For instance, a 16d common nail will have a true nail size, and the 16 sinker nail features a wider diameter.

Now that you know how the nail sizing is done, it’s time to take it deep with the framing nail gun.

Why You Should Use Nails of a Specific Size for Framing: 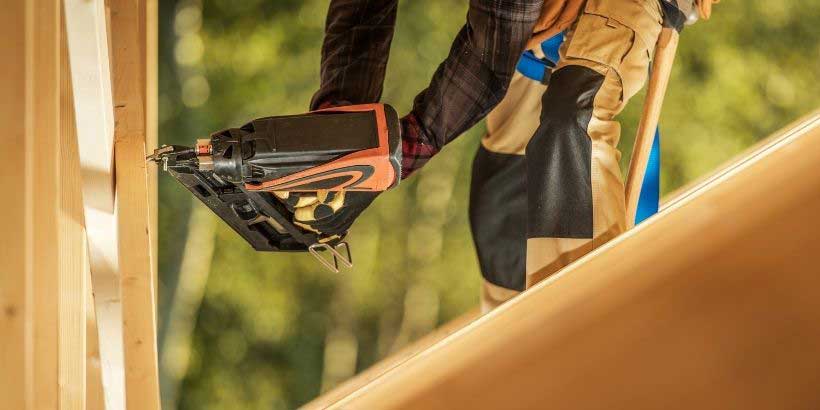 Usually, a framing nail gun uses three various sizes of the nail for different applications. These common nail sizes are-

16d and 8d nails are the most widely used nails for framing nail guns. In fact, these two size variations of nail consist of 90% use for framing nailers. Some rare framing jobs will need 10d nail size.

16d nails are the most common ones used for different framing projects. It also stands for 16p or 16 penny nail size as the ‘d’ refers to the penny.

But you needn’t go through it since you won’t sit for exams with these different sizing references. Just keep in mind 16d nails are the most widely used framing nails.

Apart from the size, the additional term used here also defines the characteristics of the nails. For instance, 16d common nails have a smooth and flat heat, but the 16d sinker nails have a coarse head.  On top of it, sinker nails are preferable for more penetration during nailing projects as they use a smooth coating to reach deeper into the surface.

8d nails have 2.5 inches in length and are the 2nd most common nail size for framing nail guns. You will see its use in places where framing work can be done without more penetration. So, it is used widely on thinner surfaces.

The 8d nail size has different head and shank sizes.

While the 2.5 inches nail stands for the 8d common nails, manufacturers also market the 8d sinker nail size. The sinker has vinyl or epoxy coating, but the common 8d nails lack such coating. The extra coating on the sinkers serves as a protective and lubrication layer.

So, carpenters prefer the 8d sinker version for interior framing projects and rust-resistant uses. Its applications include-

Although 10d nails are the rarest among all nail sizes for framing nail guns, it has a few unique applications.  The length of 10d nails is precisely 3 inches, and its diameter is 0.148 inches. The nail has less penetration ability compared to 16d nails.

Its common applications are-

You can follow the golden rule for using 10d nails. It states that the area you will apply it to must have a 3X larger area of the 10d nail diameter.

What Nail Size Should You Choose For Framing? 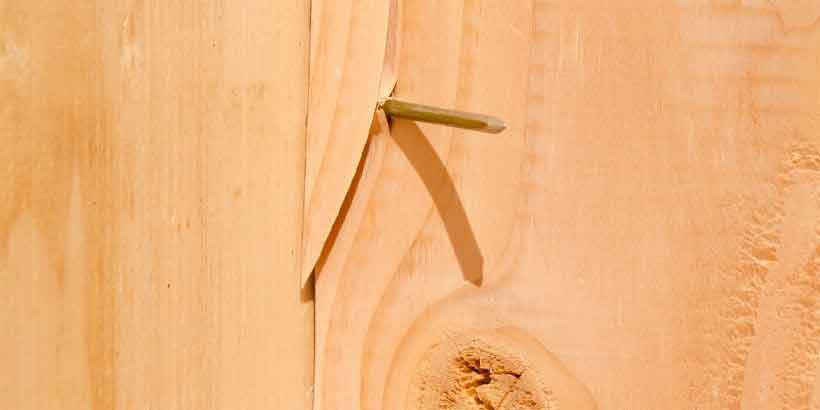 The discussion above clearly denotes that 16d sinker nails are preferable for different framing jobs. It has 0,148 inches head diameter, which is the sleekest among the three nail size variations. So, it is easy to use and goes past the surface without damaging it.

Also, most building codes in the US and Europe ask using 3.5 inches nails for fastening and framing jobs. And only 16d nails withstand this requirement.

The discussion on what size nail for framing a nail gun is ideal should eliminate all of your confusion. As a thumb of rule, you can use the 16d nails in most framing projects unless you need a shorter nail for working on thinner surfaces.

Also, there’re 6d nails for extremely small interior jobs. When you fasten two wood boards that you think will get damaged while nailing, use the 6d nails.

Also, make sure the nail gun magazine has the right size for your nails. When you buy the nails from your nail gun manufacturer, you won’t have to worry about their compatibility anymore. It will increase your productivity too.

As an Amazon Associate I earn from qualifying purchases.